Warning: Parameter 1 to wp_default_styles() expected to be a reference, value given in /www/doc/www.usyraku.cz/www/wp-includes/plugin.php on line 579
 Vacherin Mont d’Or – Unpasteurized | U Sýráku 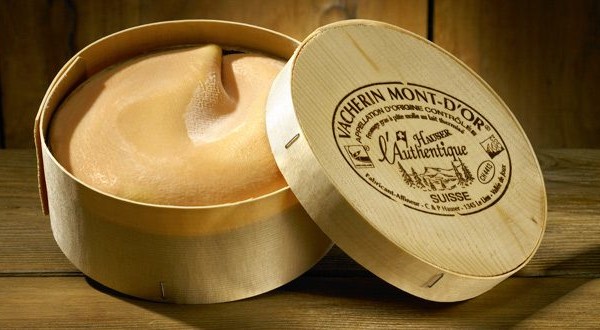 produced between August 15 and March 15, and sold between September 10 and May 10. The origins of Mont d’ Or is hard to trace.  But as early as the 13th century are records that cheeses were being made in this Haut Doubs and Vaud regions that were encircled in wood.  At this time Monks were responsible for developing cheese making in many areas, and although there is no doubt that cheese was being made in The Alps before then.